This is a Philippine endemic. We saw first saw it in Bohol, at the Rajah Sikatuna Park. It was quite far away and we spotted it at the same time as the Scarlet Minivet. We ended up missing photos of both birds! And taking pictures of a drongo instead!

It is described as common and noisy. It has red eyes, blue on the head and wings.

There is a proposal to split the species. According to Moltesen et a. 2013 in Molecular Phylogenetics and Evolution, "For Irenidae, the molecular phylogeny supports three distinct clades within Irena cyanogastra, (I. c. cyanogastra, I. c. ellae and </iI. c. hoogstraali), which differ by 3.88–4.44% mtDNA. As they are segregated in three different regions of the Philippines, and vary in the extent of black versus indigo plumage on upperparts and under- parts (Wells 2005a), we propose species status for these three sub-species.

note: the number of this bird is out of sync
Read More 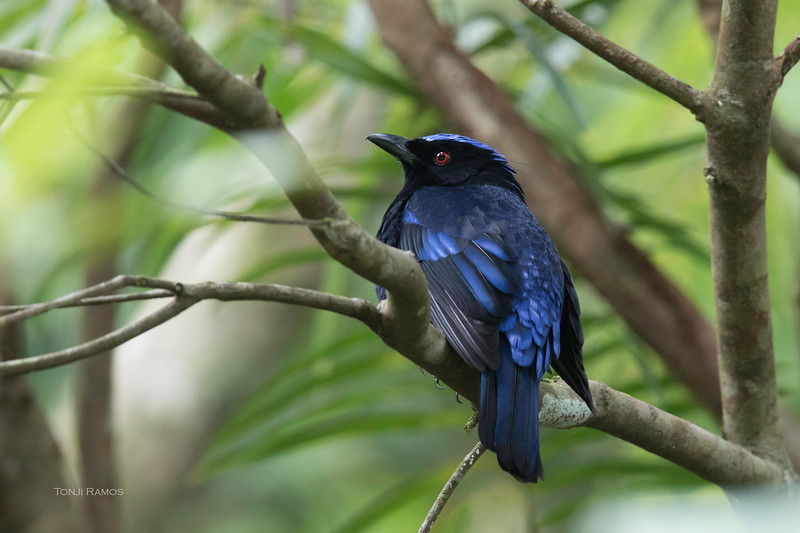