This is an uncommon bird that is rarely photographed in the Philippines. It is described in the Kennedy guide as an "uncommon skulker". It is a migrant and measures about 6" long. This bird is described in Kennedy as an "uncomon skulker". Tonji and I saw the male and the female for the first time in Candaba this morning. We saw the male first but we were disturbed by a passing cyclist. Then, we continued to look for it for 1 1/2 hours more. We found it again and were able to take better pictures. Then, Tonji was still unhappy with his pictures, so we continued looking and saw the female an hour later.

And, by a really strange coincidence, we had just been discussing this bird with JP the night before! He mentioned seeing this bird before and we were asking him what it looked like. Then, the next morning, we saw it on the path! The red throat was so distinctive that we immediately knew it was the Siberian Rubythroat even without having seen a picture of one, and even without looking at our Kennedy guide that we left at home.
Read More 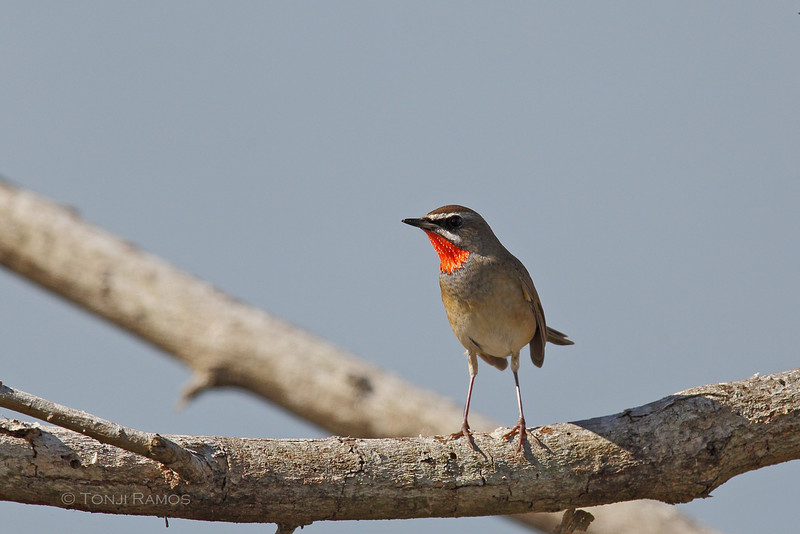