This is called Great Crested Tern in the Kennedy guide. Greater Crested Terns are found all over the Philippines. They are resident birds. They have a very distinctive shaggy black crest on a white forehead. They have white throats and chests, long yellow bill, and black legs and feet. Their wings and tails are grey. They are big terns at 17" long compared to the 10' of the Whiskered Tern. They nest on the ground in large colonies. Their nests are simple, shallow scrapes on the ground. When they are not sitting on their eggs, the eggs look as if they were scattered on the ground for an Easter egg hunt. Most terns usually mate for life.

We tried our best not to disturb the birds when taking these pictures because they were incubating their eggs. We took the pictures with eggs during the bird survey.

We got to photograph a few more individuals in September  2012 in Narra Palawan. They were not in breeding plumage and there were some immature birds flying with the group.
Read More 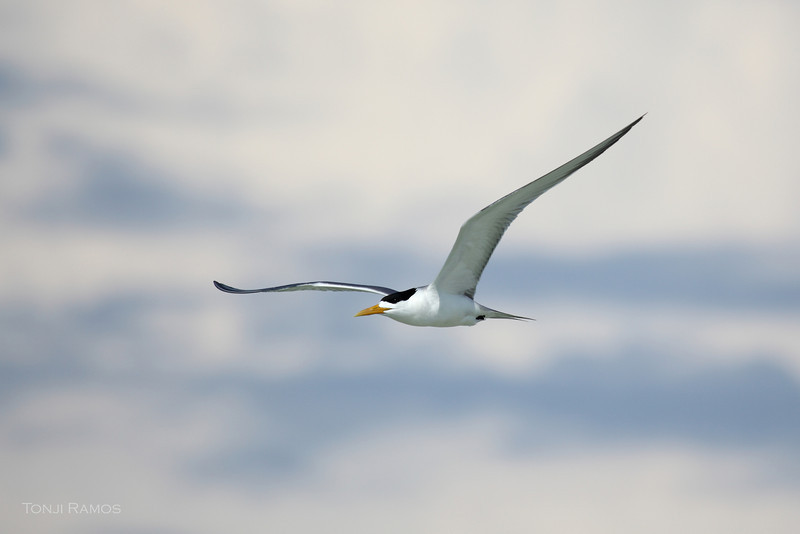