This is the critically endangered Isabela Oriole. This is possibly one of the rarest birds in the Philippines and unless measures are taken to protect its habitat, it is a good candidate for being the first bird to go extinct in Luzon.

The Isabela Oriole was discovered in 1894. It is named after the province of Isabela. After 1960, the bird seemed to have vanished. Many birdwatchers were on the lookout for the bird, but none were seen. There were reports of sightings from 1994 and 1995, but these were not considered certain. Then in 2003 Robert Hutchinson and Merlijn van Weerd saw two Isabela Orioles and their observations were published in the Forktail Journal of Ornithology of the Oriental Bird Club. The article caught the eye of two young biologists Joni T. Acay and Dyanne Realubit. They applied for a grant and spent August 2012 to July 2013 visiting the known historical sites where the Isabela Oriole had been recorded so they could determine the population, habitat, and threats of this very poorly studied bird. Their overall goal is to conserve the forest and biodiversity by promoting the Isabela Oriole as a flagship species.

Tonji Ramos and I were in Isabela as volunteers representing the Wild Bird Club of the Philippines during the Seminar-Workshop for the Conservation of The Isabela Oriole conducted by Joni and Dyanne. This sighting was part of the field trip afterwards! Bravo to the young biologists! We hope to be able to support them in their future efforts to conserve the bird. 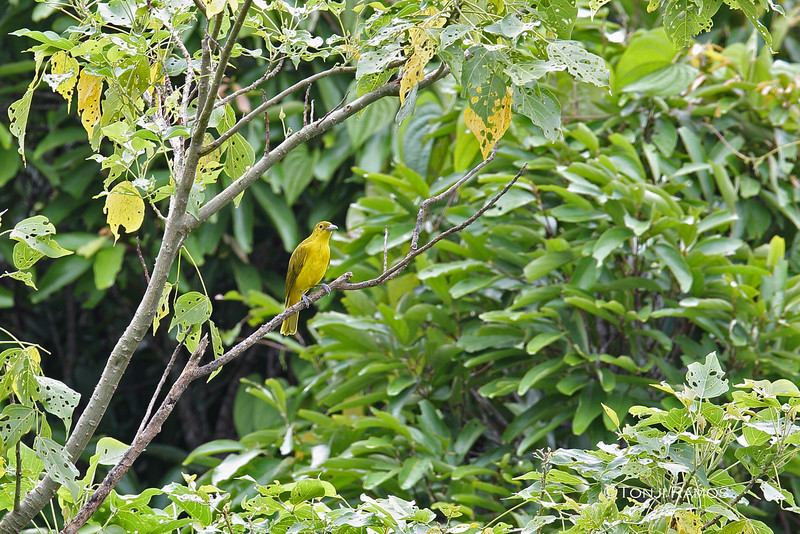