The Sanderling is an uncommon Philippine migrant. It measures 7 1/2 inches. When in breeding plumage, its chest, head, and back are rufous. We saw this bird running around near the immature Sooty Terns in the beach. The Sooty Terns chased it away. Robert B later saw it again along the water where it was looking for food in just the precise way that is described in the Kennedy guide, "running in and out with wave action at edge of water or on mud and exposed coral flats, alone or small groups".

We have also since seen this bird in Pagudpud and Olango, Cebu.
note: bird number is out of sequence
Read More 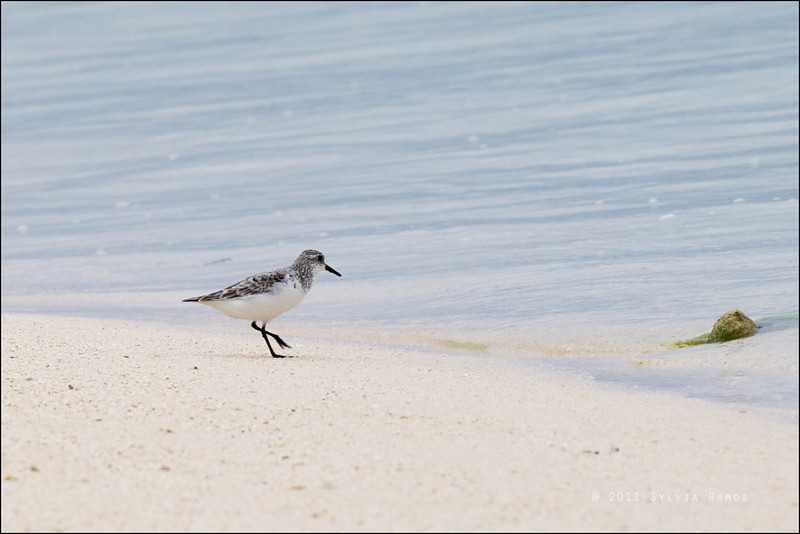