This is a 5 1/2 to 6" bird. It looks like a big Olive backed Sunbird with an extra long beak. We saw it for the first time whenwe were in Davao for the 1st Asian Bird Fair hosted by the WBCP. We saw it again in Zamboanga in March 2012. We saw an adult and an immature. 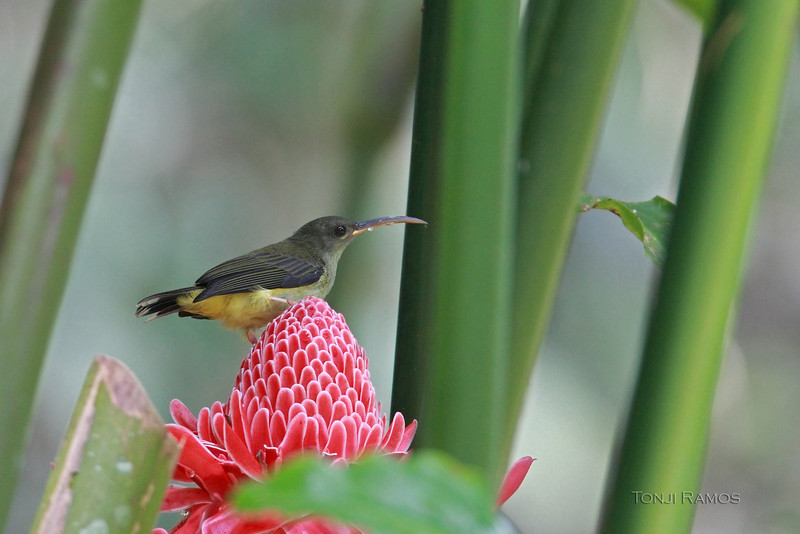