This is a small bird around 4 1/2". It is the same size as the more common Chestnut and Scaly-breasted Munia.

We first saw this bird on a dirt road near the Puerto Princesa airport. It was with some Chestnut Munias. It is supposed to be common but we have only seen this bird four times so far. Once in Puerto Princessa in 2009, then in Busuanga in 2009, UP Diliman in 2010 and our last sighting in Antipolo in 2011.  We saw them in good numbers in these areas so it must be that they are common in the countryside and less common in the city.

Munias and finches in general used to be trapped and sold in cages outside churches. Maybe these birds will make a comeback if they are left alone.

We have seen this bird in small and large flocks feeding on wild rice and the flowering bamboo.  It looks similar to the more common Scaly-breasted Munia but a loser look will show a more solid brown chest and a white belly.
Read More 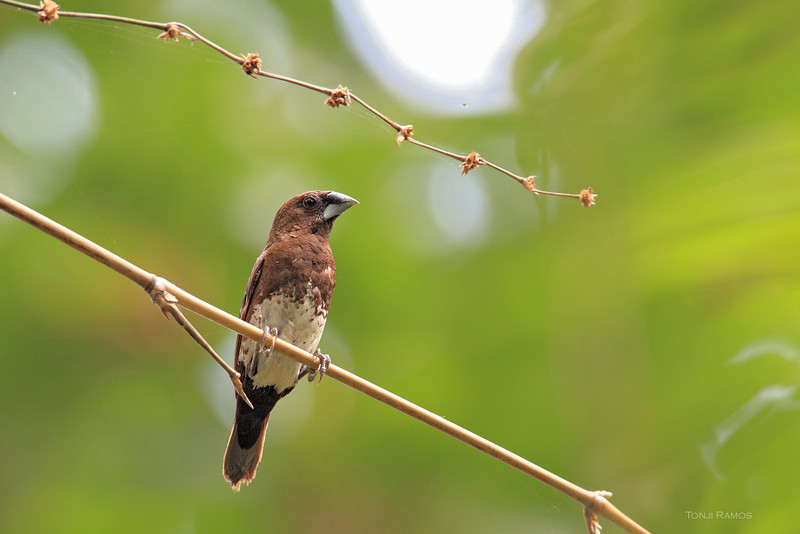 WHITE-BELLIED MUNIA Lonchura leucogastra Antipolo, Rizal We were guests of Jeanne and Iggy Tan in their beautiful home in Antipolo. In their garden we saw a small flock of around six birds eating the flowers of a bamboo plant.